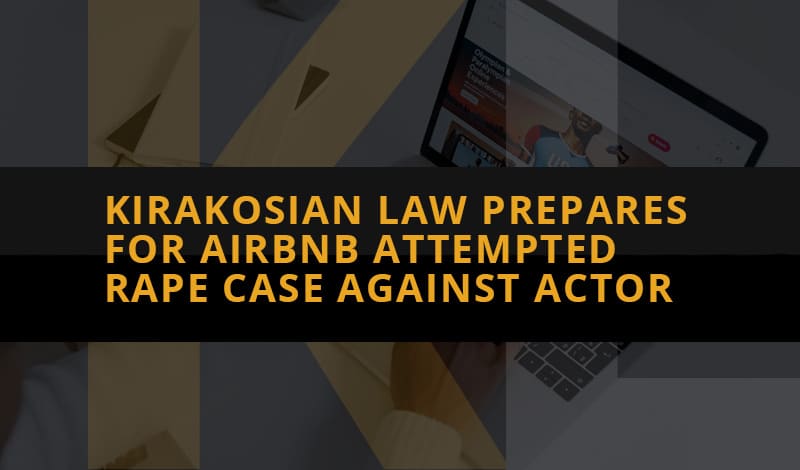 “AirBnB rape” might not be two words that you think would go together but a deep look into the company’s history reveals something else entirely. Greg Kirakosian of Kirakosian Law has released the following statement regarding their case representing client and victim Natalie White against AirBnB and Zafer Alpat:

We are proud to represent Ms. White with respect to her claims against actor Zafer Alpat and AirBNB. Mr. Alpat’s sexual assault and battery of our client is outrageous by any standards and is criminal conduct for which Ms. White deserves justice.  However, AirBNB’s continued passive stance toward ongoing sexual crimes against their users is unacceptable and must be ended.  We look forward to getting justice on Ms. White’s behalf and initiate change within AirBNB’s standards and culture of keeping their heads in the sand regarding their tenants’ safety and covering up accusations when they arise.

Ms. White was staying at a Los Angeles AirBnB in the heart of Hollywood when actor Zafer Alpat, the AirBnB host, committed sexual assault and sexual battery against her. There is an active investigation and case in process by the district attorney against Zafer Alpat. Now, however, a new suit has been filed on behalf of Ms. Natalie White against AirBnB and Alpat as well.

Ms. Natalie White has also released a statement regarding the traumatic event:

“I rented a room through AirBnB believing that it was safe to do so. Unfortunately, I could not have been more wrong.  AirBnB hides behind the guise of  a well-known, respected, and reputable company that cares about its customers to gain the trust of those customers. It was strictly because of that trust that I was placed in a situation where one of AirBnB’s supposed “Super Hosts” entered my room, held me down, and forcibly assaulted me. To make matters worse, victims of sexual assault, like myself, are forced by AirBnB to pursue our claims through backroom private arbitration, silencing my voice as well as the voices of other victims. If AirBnB really cared about victims of sexual assault, they would not prevent us from pursuing our claims of sexual assault and rape in our court system by relying on  a forced arbitration provision buried in a 40 page electronic consumer agreement to shutout our chances for justice. Pursuing this lawsuit will reopen many wounds the sexual assault caused. However, acknowledgment in a public forum with a jury of my peers is not only necessary for my healing, it is necessary for the protection of all people who use this platform.  I beg you, do not silence our stories and our quest for justice purely to help your stock price and prevent other customers from learning of the potential horrific experiences they may face when renting a room through AirBnB.”

AirBnB and Violence in the Past

All it takes is a quick google search to find out that sexual violence against women is nothing new in the world of AirBnB. “AirBnB rape” yields nearly a million results of various articles reporting millions in payouts and various cases of sexual assault, sexual battery and, even, murder. 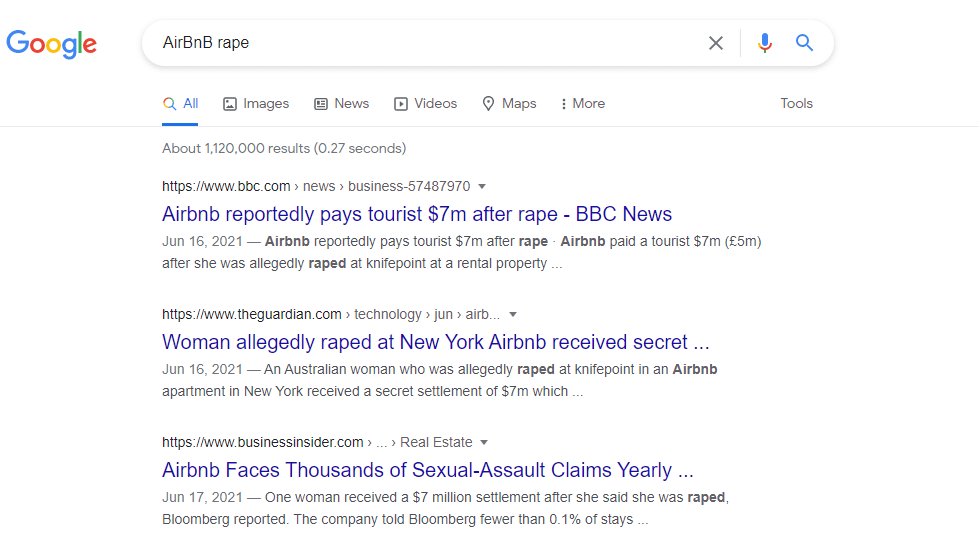 Searching for “AirBnB rape” in incognito mode yields approximately 1,120,000 results. The first three articles commonly found reference two high profile cases involving women. The third a look into the coverups, the settlements, and the overall darker side of homes sharing in the 21st century.

Olivia Carville, Bloomberg Business journalist, describes AirBnB’s practices regarding the many incidences of sexual violence as, “shrouded in secrecy” with insiders allegedly calling it the “black box.” In her recent article concerning another sexual violence case, this time in New York, an anonymous AirBnB team member refers to her experiences as so difficult that sometimes she “had situations where [she] had to get off the phone and go cry.”

In the case of Ms. White’s attempted rape by actor Zafer Alpat, AirBnB’s response was more focused on controlling the issue than addressing it directly and openly. “Secrecy benefits the company not the victim,” says Greg Kirakosian of Kirakosian Law, the firm representing Ms. Natalie White.

A History of Violence Involving AirBnB

This particular event led to a settlement of $7,000,000 USD to the victim who was raped at knifepoint as the attacker hid in the bathroom having gained access with a copy of the key to the front door.

A woman staying in Mexico was found raped and beaten to death. Her father now claims that AirBnB made him think they were making amends but instead were focusing on a cover up that would protect their image.

A woman rented a room in a  Melbourne home from an AirBnB superhost who then sexually assaulted and raped her after she had passed out due to drinking. The man carried her into his room and repeatedly raped her. The man was sentenced to 8 years in prison, the woman is still dealing with the emotionally scarring from the event. As Judge Gucciardo put it, “”The ongoing trauma of this offending has coloured every aspect of her life.”

AirBnB is no stranger to violence and property damage. Their 50 million budget includes everything from bullet hole patching to blood clean up to payouts against victims of sexual violence. 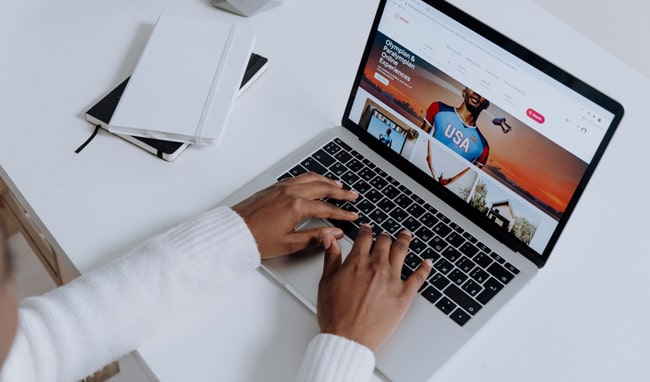 “The truth of the matter is that AirBnB has a responsibility towards their renters. When they cover up incidents, they protect themselves and endanger future renters and women in particular. Around the world, 1 in 3 women (approximately 736 million women) have been victims to intimate partner violence, non-partner sexual violence, or both at least once in their life (30 per cent of women aged 15 and older). They should reprioritize their efforts away from protecting their public image by covering up such conduct and focus on the safety and well-being of their victimized renters.”

The AirBnB attempted rape case is significant to Ms. Natalie White, women around the world and people in general. The suit against AirBnB is imperative for change to happen – especially when women are concerned.

Greg Kirakosian and his firm have filed their demand for trial jury on July 15th, 2021 and are preparing for their representation of Ms. Natalie White against mega-giant AirBnB. The official filing can be seen and downloaded here